A blazingly hot day in Palo Alto saw the start of this year’s Palo Alto Sevens series. Hydration, sunscreen, and finding the best available shade were the order of the day. The heat was brutal, but the rugby and the camaraderie of the valiant band of refs under Bryant’s leadership made up for it.

SFGG Women 10 – SAN JOSE 19
San Jose opened the scoring in the first minute, before Golden Gate, in their first season, scored the next two for a 10-5 lead at half time. The second half was all San Jose, with pace to burn on the outside, and two tries with – that rarity in the women’s matches today – successful conversions. Whichever team finds or develops a consistent kicker stands to have a huge advantage over their opponents.

MARIN 29 – Monterey 12
Monterey opened the scoring in the first minute, but a strong Marin side scored twice for a 12-5 half time lead. Marin ran in three more in the second half to take a 29-5 lead against a valiant but outmatched Monterey team, who never gave up, and pulled back a converted try in the dying seconds.

SFGG 21 – College Park I 14
Golden Gate’s two converted scores took them out to a 14-0 lead at half time. College Park I came out strongly after the break, and closed it to 14-7, with the game hinging on the next score. Golden Gate got the try, pushing their lead out to 14 points with 2 minutes remaining. College Park came back hard with a converted try on full time, but it was too little too late and Golden Gate took the win.

EPA Bulldogs 14 – EPA RAZORBACKS III 19
As the mercury continued to climb in mid-afternoon, so did the intensity, with a hotly contested match between the East Palo Alto rivals. After pulling back a 7-0 Bulldogs lead to tie the game 7-7 at half time, the Razorbacks got their noses in front four minutes into the second half with the next score, and despite the Bulldogs’ best efforts, pulled ahead 19-7 with a minute left. The Bulldogs came blazing back to close the match with another converted try.

Marin 17 – BARACUS 19
Baracus were two scores up by mid-way through the first half, and looked set to pull away, but Marin came back with two of their own to trail 12-14 at half time, and added another early in the second to pull ahead into a 17-14 lead. Baracus scored the winning try with two minutes left and held on for the win, as their ref gratefully left the field to pour cold water over his head, chug a Gatorade, and stick his feet in a cooler of ice.

Report by Eric Rauscher:
Did I say it was HOT yet? It was hot. James Hinkin taught us a new trick of pouring water over your boots to cool down your feet.

It was HOT. The last time I remember my mouth drying out during a match was at the LVI. Anyway, the morning was the women’s games. There was supposed to be high school also but that never materialized. I heard rumors of a HS 7s tourney down in San Jose that same day, but only rumors. A couple of HS teams showed up so I reffed them between a gap in the women’s games.

The women’s teams that showed up (to my best recollection) were, Berkeley All Blues I, II, III, Seahawks, Stanford, Lady Razorbacks and SFGG (a first for the SFGG club). The teams played a simple round robin divided into two pools. I cannot remember who won. My guess would be All Blues.

Speaking of firsts, this was the first time I have been at a PA 7s and no Bruce Carter! Like an ice cream sundae with no whipped cream!

Once again two pools round robin, ……….. gosh a pool would have been nice ………., still no idea who won. Isn’t sevens about having fun?

The refs that showed up were, Bryant Byrnes (RIC), Bob Politico, Steve Valerio, Nome Tiatia, Neil MacDonald, James Hinkin, Sean Peters, Eric Rauscher, and John Pohlman. We did from 4 to 6 games each, some refs leaving around noon and some arriving around noon.

As was usually the case, the Pelicans were almost the last ones to leave the premises at the end of a fun but HOT day.

Mention was made of your mostly-faithful reporter’s absence at the Palo Alto Summer Sevens.

I moved to California in 1980, because this is where the best rugby was played. I hadn’t ever seen Sevens played, and had a little trouble imagining the same game with far fewer players. The first game I played in the Promised Land was at Cubberley on Middlefield Drive, John Tyler presiding.

Sevens instantly became my favorite sport to play, and later to referee.

The Palo Alto tournament was played four times a year until about six years ago, when it went to three. I estimate that I’ve missed maybe eight out of the 125 iterations or so since 1980, four of those being excused absences due to military deployment to the Middle East.

Time wounds us all. I can’t run any more. Not run as in ten miles for pleasure after work, like I did for many years, but run as in up and down the pitch for fifteen minutes. I proved that to my own
satisfaction on the day of our banquet last month, trying to referee sevens.

This has been gradual, and thus it is harder to accept that the end has been reached. Two decades ago (Western Sevens in Denver, May, 1993, Aspen versus Denver to be exact), I was still the ref who outran the players.

But we have all played with that ref who wasn’t anywhere near the ball and blew important calls as a result. On Treasure Island that day, a player who probably scored a try gave me a look that told me I’m now that ref.

I love refereeing the game, but I love the game itself even more than that. My diary of games refereed, now more than 2600, will serve as my testament.

One more self-serving note, if I might, my proudest moment in this line of work:

I’d refereed a college final and made a bad call that denied the losing team one more possession and a chance to win. Honesty being the best policy, and especially so in a credibility-based line of avocation, I admitted it in these pages.

This is a letter I received in response:

“You refereed games of mine as a player in high school (College Park), a player in college (UC Davis) and as a coach of a college team (UC Davis). After reading your write up on pelicanrefs of the St. Mary’s v. Davis match, which I regretfully missed, I had to email you to thank you for your class. I have always appreciated you as a quality referee who I could always count on to run a good game. You do a sometimes thankless job and for you to give Davis the compliments you do and state that you made an error which you feel may have cost Davis a chance to win the game just reaffirms my belief that you are a very classy individual. It seems from reading your write up you feel fortunate to have refereed this game. You are not nearly as fortunate as the players and coaches of Northern California rugby to have you as a referee.”

And some people wonder why we do this.

The last weekend in June, Dixon hosted a girls HS rugby tournament. JV and Varsity select-side teams from NorCal, SoCal and Oregon battled in the heat to hone their skills and play for a championship. These were 15-a-side games lasting 45 minutes each. Sure, it was 110 degrees and 41% humidity (I checked), but none of the players complained.

Saturday 1pm
Varsity: Oregon Red Hawks 5 – SoCal Griffins 5
The Griffins scored an unconverted try in the left corner just 2 minutes into the game. Seven minutes later, Oregon answered back with a try between the posts, but missed the conversion when she caught her cleat in the grass. Who knew that the next 36 minutes of rugby would be sideline to sideline, up and down the pitch … and scoreless. There were so few stoppages that I was asked to allow a water break at scrums a couple of times to let them (and me) rehydrate.

Saturday 3pm
Varsity: NORCAL PELICANS 43 – Oregon Red Hawks 17
During the hottest part of the day, these 2 teams played their hearts out. The tackling was very good, but the ball movement was even better. The NorCal varsity side was the cream of the tournament winning all 4 of their games. NorCal scored first with a converted try and again a few minutes later with an unconverted try. Oregon answered back with an unconverted try at the 10 minute mark only to have NorCal score 2 more tries before the half to lead 24-5 at intermission.

The second half was tighter with NorCal scoring first just 3 minutes in, followed by Oregon at 7, NorCal at 11, Oregon at 17 and finally, NorCal at full time. Fun game to referee except for the heat.

Sunday 12pm
Varsity: SOCAL GRIFFINS V 24 – Oregon Red Hawks 7
Separately, I’ve seen that both of these teams can score, but when they play each other, defense is the order of the day. The only score of the entire first half was by the Griffins with a converted try to end the first half.

Then, 5 minutes into the second half, Oregon powered over a converted try to tie it up. Though memories of their previous drop-kick contest haunted me, the last 10 minutes belonged to SoCal as they scored down the left side with tries at 11, 15 and 18 minutes.

Rod and Karen Chance hosted the awards ceremony where they recognized the tournament MVP and every player nominated by the opposing team. This was a fun tournament played in the spirit of rugby.

NEW KIT COMING?
From Tom Zanarini:
The 2013 jerseys are nearly here. Society members who have refereed 5 matches assigned by the NCRRS in the past year (NCYRA matches don’t count as they handle their own assignments ), then you are entitled to 1 (one) referee jersey. This year’s jerseys are 100% polyester, similar design to the USA Rugby Referee kit with one huge exception; ours are reversible! Gold on one side, white on the other. My last attempt to get us two colors in the same year nearly broke the bank, so a little ingenuity from Canterbury will help us look good and save cash.

Here is a series of clips from the IRB to illustrate the new scrum process.

PHOTO OF THE WEEK
Joe Leisek and his family were seeing the sights of Bodega Bay, and were welcomed to the Spud Point Crab Company by this handsome fellow. 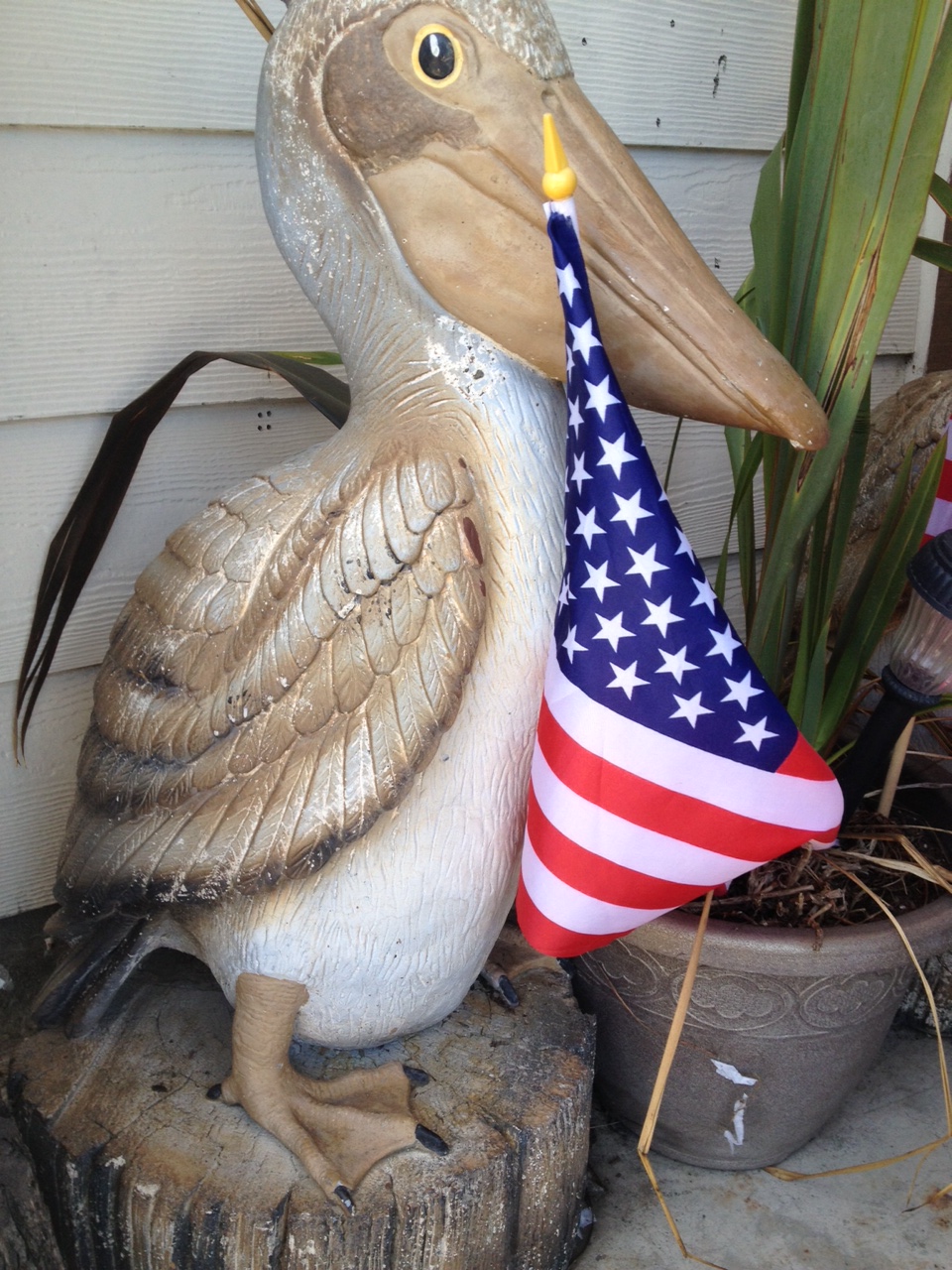