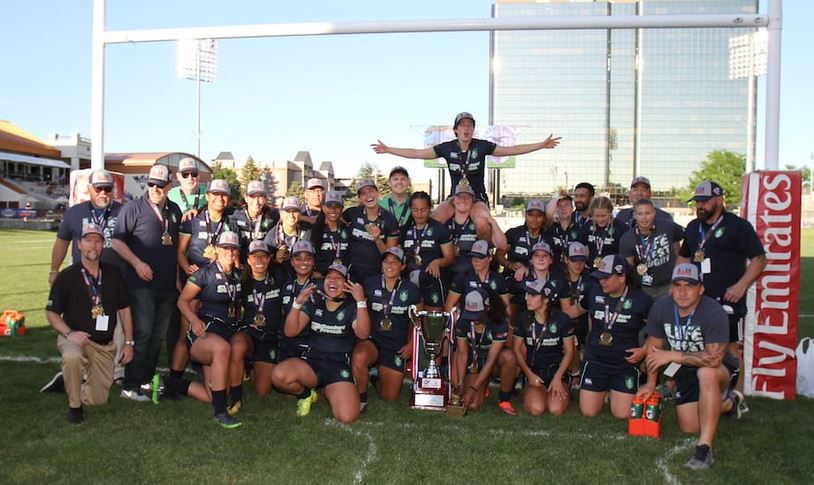 It is now the second week of June and we have reached the Summer Rugby Solstice when the seasons tip from 15s to 7s. This phenomenon notably occurs when the final USA Rugby club national championships are played and the calendar is all 7s going forward and is a couple of weeks before that other solstice that gets meteorologist all in a lather. It is a time of reflection and renewal and regret:

Reflecting on the season past and the accomplishments or disappointments therein.

Renewal of a new season and new opportunities.

Regret, oh so much regret, after the first few 7s trainings on not keeping up your conditioning after the 15s season ended.

7s is a whole new ball game and with the upcoming World Cup in our oddly shaped and far too small backyard (How? Just how?), all eyes and attention will be on 7s – the purest form of rugby on the planet. Now I need to take a break from writing to get a few more sprints in.

Yes, it is the annual Pelicus Festivus celebration where the Referee Society cleans up, puts on the finest attire and gathers together to congratulate each other on a Job Well Done. In the grand Pelicus Festivus Tradition we will have Feats of Strength and observe Festivus Miracles such as Pelicus Tempus Procurator actually buying someone a drink without requiring them to chase him down in an airport hundreds of miles away.

The Airing of Grievances was held a few weeks back so we won’t need to go into that again.

We even allow non-referees to attend, although you will have to pay for your own Festivus Dinner. From our Beloved Leader, Pelicus Iudex Pennipes:

It’s been an incredible season for NCRRS and we need to come together to celebrate our accomplishments, thank our family members who provide us with the ability to follow our passions, recognize those that we have lost and enjoy the evening together. All referees who have officiated matches this season and guests are encouraged to attend.

Please fill out the google form to let us know if you are coming, how many guests, and what you want to eat: https://goo.gl/forms/fziflNwpde11k2Y02 . NCRRS will pick up the tab for officials but guests are covered by you.

On a separate note, we have several new members to our flock that have yet to be adorned with Pelican names. I will be asking James Hinkin to reach out to you all to ensure that you have a name. If you do not name yourself you will be assigned a name by the flock. You have been warned. Roll call will commence our banquet so be sure you come up with your Latin (or Latin-ish) name.

You have been warned.

The Dominion Of The Gladiatrix

Lucky I’m sane after all I’ve been through
(Everybody say I’m cool, he’s cool)
I can’t complain but sometimes I still do
Life’s been good to me so far

Yes, we open with a quote from one of our longest serving Eagles to seamlessly segue into the domination of the Life West Gladiatrix, because truly, Life’s been good. Very good. They took their second straight D1 title, thrashing the Raleigh Venom 91-22, a ridiculous scoreline for a national final. They declined to Take It Easy, instead choosing to Take It To The Limit. After Life West jumped out to a 12-0 lead in the opening minutes, Raleigh went into Desperado mode and answered with a pair of tries of their own. Not a team to be flustered, the Gladiatrix responded with a 4 try blitz to go into halftime with a comfortable 26 point lead, after all they are hardly the New Kid In Town, this being their 3rd straight national final (the first being in D2).

After flipping the record over and starting side 2 (ask your grandparents) the Gladiatrix once again came out on fire but Raleigh, hoping it wasn’t going to be One Of These Nights, fought back again with a pair of tries of their own, but a red card to Raleigh allowed several Gladiatrix to go on The Long Run to the try zone. What was the red card for? I Can’t Tell You Why, just that the referee decided some foul play had disrupted the Peaceful Easy Feeling of the match. In any case, the chances of a Raleigh comeback were Already Gone. “There will be a Heartache Tonight”, said Venom player Jazamine Grey.

Life West prop Catherine Benson was named MVP after a 4 try performance and the Gladiatrix have once again proven to be the class of women’s D1 rugby. “These ladies were fantastic”, said Head Coach Adriaan Ferris. “They have the Best of My Love”.

Where to go from here? Well for Life West it is back to Hotel California for a Tequila Sunrise or two but on a grander scale, one unnamed source in the WPL said they will consider adding the two time defending D1 champion Life West to their competition when Hell Freezes Over.

You Can’t Be An Elite Competition Without Elite Clubs

The Women’s Premier League is billed by themselves and USA Rugby as “the highest level of women’s senior 15s club rugby in the US” and yet they seem to annually come up with excuses not to add the Life West Gladiatrix. After winning D2 convincingly in 2016, the WPL said “you need to win D1”. Fair enough, so the next year in 2017 the Gladiatrix did just that. “Well, we can’t have you in our competition because our schedule is already set” was the reply from WPL. Now the Gladiatrix have won their 3rd straight title, the second straight D1 title (which was supposed to be the bar they had to reach to be considered good enough) and did it by an unprecedented 69 points. Surely now they will be able to join the competition. “Of course not”, said the WPL, “and don’t call me Shirley.”

You see, on May 29, FOUR DAYS BEFORE THE D1 FINAL, USA Rugby released the WPL schedule. (https://www.usarugby.org/2018/05/wpl-schedule-released/) The last time this happened (last year) the claim was that plans needed to be made and flights arranged. I called BS then and I call BS now. The first game is August 18, and even if you insert Life West into the schedule the day after their championship you can not tell me that 11 weeks is not enough time to arrange flights for the first games. You get even more time to arrange flights for the rest of the year. I defy anyone to give me a rational explanation why Life West is not in the WPL that doesn’t predicate itself on excluding a new, vibrant and yes, dangerous club and keeping the familiar teams of the Old Girls Club in, whether they deserve it or not. Money for travel isn’t an issue. Scheduling certainly isn’t an issue because, once again, it is early June. And they don’t start until mid August. Last year the DC Furies were 0-8 with a -251 point differential. They deserve to be there? Easy solution – drop DC and move Chicago to the Eastern (Red) conference. Or drop Chicago (1-6-1, -84 point diff) and replace them with Life West straight up in the Western (Blue) conference. Or promote a second club for balance if there is one available. Just do something, because the WPL can not claim to be the top competition when it doesn’t have the top teams.

When Life West doesn’t get the promotion they deserve the knock on effect locally is tremendous. They are forced to play essentially a D2 competition with WPL players and they steamroll teams. Can you blame Life West? Of course not, their players need match time, but it is telling that last year two women’s clubs, Colusa and San Jose, folded (although San Jose is staying on as an at large team). Moving Life West to the WPL, enforcing player restrictions and allowing their B side to play local D2 (as the All Blues do) would bring some balance back to the league and improve the recruiting efforts of everyone as well as allowing the smaller clubs to hang on to their better players. Will the cream rise to the top and go to the WPL clubs? Of course, but at the moment that really isn’t a choice and you have a top heavy league with only 4 viable clubs instead of a healthy league with 8 or more viable clubs. With the amount of collegiate talent the local sides produce this should be a no brainer.

Boys Will Be Champions

In our last issue I pointed out that the women were carrying the torch for Nor Cal rugby at the national championships and that was confirmed when Chico State and Life West won their titles. Of course, I only said that the Men had fallen short this year and will happily add Danville Oaks to the roster of national champions as they won the Boys High School Rugby National Club Championships. (See what I did there?) Danville had to beat another strong local side in Granite Bay in the semifinals 34-14 before defeating defending champion Royal Irish of Indiana with a thrilling 29-15 overtime victory. This brings the boys High School championship back to Northern California where it belongs after spending a few years in Indiana, of all places. Tries from The Son of Tammy Freeman (2), Jason Severance (2) and Jack Slimm led the way as the future of Pelican Men’s rugby looks bright. I don’t think we will see too many more championship-free seasons on the men’s side with this kind of talent coming through.

The various competitions all have their own disciplinary chairs and this will make it difficult to centralize the communication and data. To help we have developed a form that will centralize the process, regardless of the competition. The link to the discipline form is https://docs.google.com/forms/d/1mmUNg11uVOSkIsUtHifSqQzalhWbwohk_J6AmPyrucQ/viewform

Dude. It’s the off season.

This year’s rule: You win a senior National Championship, you get the honor of This Week’s Photo. Congratulations Life West Gladiatrix. 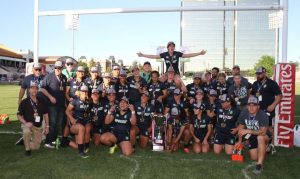