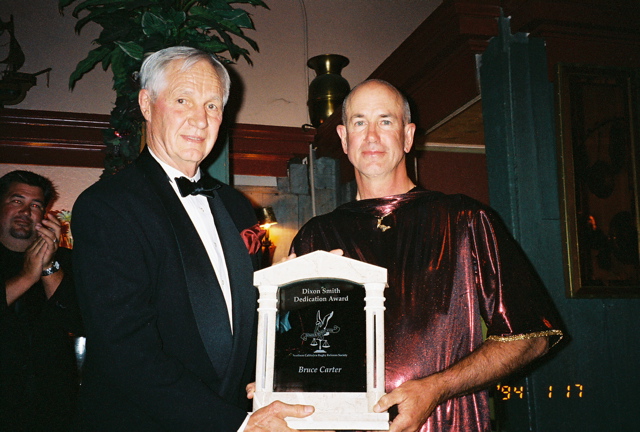 Yes, dear reader, the editors of Hail Pelicus has awakened from their COVID hibernation because a disturbance interrupted the deep somnolence we were experiencing.

Dixon Smith has passed away.

Northern California has lost a stalwart of the game, one who played and refereed for decades and was revered to the point that when the Northern California Rugby Football Union Referee Society decides to bestow their highest honor they named the award the Dixon Smith Award.   This is an award that is not given annually but when some extraordinary individual exhibits a lifetime of altruistic, noble, discerning and insightful rectitude that it is felt that this person is worthy of ascending to the pantheon of NCRRS Legends.  Someone who has led from the front and from the rear, done anything and everything and advanced the cause of rugby in our fair Land of the Pelican.   Naturally, he himself was a winner of this eponymous award, although it wasn’t named after him until after he won it.

I can not give due credit.  I don’t have the words.  I can’t express the loss.  Knowing this I pass the quill on to one who not only knew the man much better than I did, but can translate what we are all feeling into words much better than I can, Pelicus Scriptoris, Dr Bruce Carter.

We are such stuff
As dreams are made on; and our little life
Is rounded with a sleep.

Dixon Smith passed away Saturday, October 3, eased along on his way by the fond memories, the good times and the love he engendered in family and friends.

Dixon was a stalwart of Northern California rugby for many referee-lifetimes. He learned the game at Stanford in the early fifties, then worked on Oahu where he captained the Hawaii Harlequins in their first season. To bookend that, he refereed the final of their fiftieth-anniversary tournament on the gorgeous pitch at the foot of Diamond Head in 2004, living the rugby dream.

He was one of the great strengths of our society, a volunteer from administrators’ dreams who was always looking for more ways to help.  We traditionally been fortunate to have people like Dixon in the NCRRS, people whose talents could easily place them squarely into the national or even international level of involvement, but who were happy to toil away for the most part in Pelicanland. Dixon would help the society in any capacity, devoting many hours, seeking neither office nor acclamation although accepting election as a member of the board of directors.

Dixon, as noted, had the capacity to referee well past the sell-by dates for the rest of us. However, it was as a referee coach/evaluator that most will remember him, for he was a dedicated practitioner in the art of helping referees improve, lending his years of experience and wisdom to younger whistlers.

For some years I administered the Referee Development Program for USA Rugby. Several times a season a candidate would come to Pelicanland to audition. Here was the schedule: They would fly in on a Friday. I’d meet them at SFO and then get them to an afternoon or evening high school game in Marin or Santa Rosa, mike them up, and video their matches. We’d spend the night at Dixon’s and watch the match together, debriefing all the while. The ref would be primed and ready for a challenging club or college match the next day.

So warm was Dixon and Chris’ hospitality that the candidates always felt that the video session with expert feedback was the highlight of their experience – not the ‘better’ game on the Saturday!

We owe our motto to Dixon, Semper Bonis Avis. Our society had a perceived defect vis-à-vis some of the others: motto envy (we didn’t have one). A contest was held. Dixon’s was the winning of several worthy entries. He explained it thus:

“It is literally ‘always with good birds’. But idiomatically it translates ‘always under favorable auspices’. Romans thought it was good to enter contests when the good birds were about. What better is there than to always start a rugby match with a good bird from the Pelicus flock on the pitch?”

We were one of the first societies to have a website. Duh, I hear you thinking, Pelicanland encompassing Silicon Valley as it does. But it wasn’t due to one of the many young Pelicans who have worked in the tech industry, it was Dixon in his spare time at an age where most don’t engage with such new fields of endeavor. He characteristically challenged himself along another growth axis for the benefit of the Pelican Refs.

The Northern California RRS was incorporated as a tax-exempt charitable organization forty years ago, years or even decades before other societies availed themselves of changes to the tax laws. Dixon negotiated that paperwork, which took the better part of a year back in those stamp-licking times.

Then, too, there is the Dixon Smith Award, given by the NCRRS periodically to those whose service to the game soars above others’. It was conceived as a lifetime achievement award and was named accordingly, after its first recipient, his name to live on the recipients’ desks, bookshelves, or trophy cases.

Dixon and Chris hosted many exchange referees at their home in Novato, making friends from all over the oval planet. Summer Sevens refs were always happy to see Dixon arrive with his tent for us to use and his beagles for us to pet. Refs were happy to see that Dixon was going to watch their match: they knew they’d learn more than usual from their afternoon’s exertions as a result of his.

You have earned your rest, old friend. Godspeed, and Play On.

Pelicus Scriptoris, Dr Bruce Carter and author of the above eulogy, experiences one of the proudest moments of his referee career when Dixon Smith awards him the Dixon Smith award, given for long-term service to the Pelican Refs, in 2007.