I wanted to watch the Toulouse-Toulon French super 14 semi-final while we were in Paris, but our host didn’t get that channel.

However, on the way from Charles De Gaulle into the central city on the bus we had driven by a bar called…Le Rugby. They were more than happy to pack one more fanatic into the place for the game!

I played against Stade Toulousain thirty years ago while on rugby tour. It might have been my basic French, but nobody seemed to believe me. A professional team wouldn’t play a US medical school team any more, but we took their mid-week side right to the last play, losing on a very suspiciously-awarded penalty kick.

Nowadays, they would beat us like the Masters v. Pupils game of lore:

The trip was and beautiful and romantic. The food was extraordinary. People were uniformly friendly to us. In Normandy I fulfilled a dream I’d had since childhood of seeing the Bayeux Tapestry. (As a star-struck youth I’d read that it featured Halley’s Comet, which appeared just prior to William the soon-to-be Conqueror’s trip to Hastings.)

I found medical museums in both Paris and Toulouse, and of course art museums everywhere. The only downside was we came home a few days before the USA U20 team began play in the Junior World Championships.

UCSC ALUMNI WEEKEND
UC Santa Cruz women 21 – ALUMNAE 56 Referee: Tom Zanarini
A relatively casual affair when I arrived. Both teams, especially the Alumni, seemed to still be shaking out the prior nights festivities. But it didn’t take long for the Alumni to strut their stuff and pile on the points.

UCSC men 14 – ALUMNI 46 Ref: Zanarini
Lots of good rugby on hand. The alumni once again showed the younger ones what a bit of skill and experience can do.

In Toulouse, the street art features the local team’s colors.

The French name for the position of hooker is talonneur. And now you know the rest of the story! 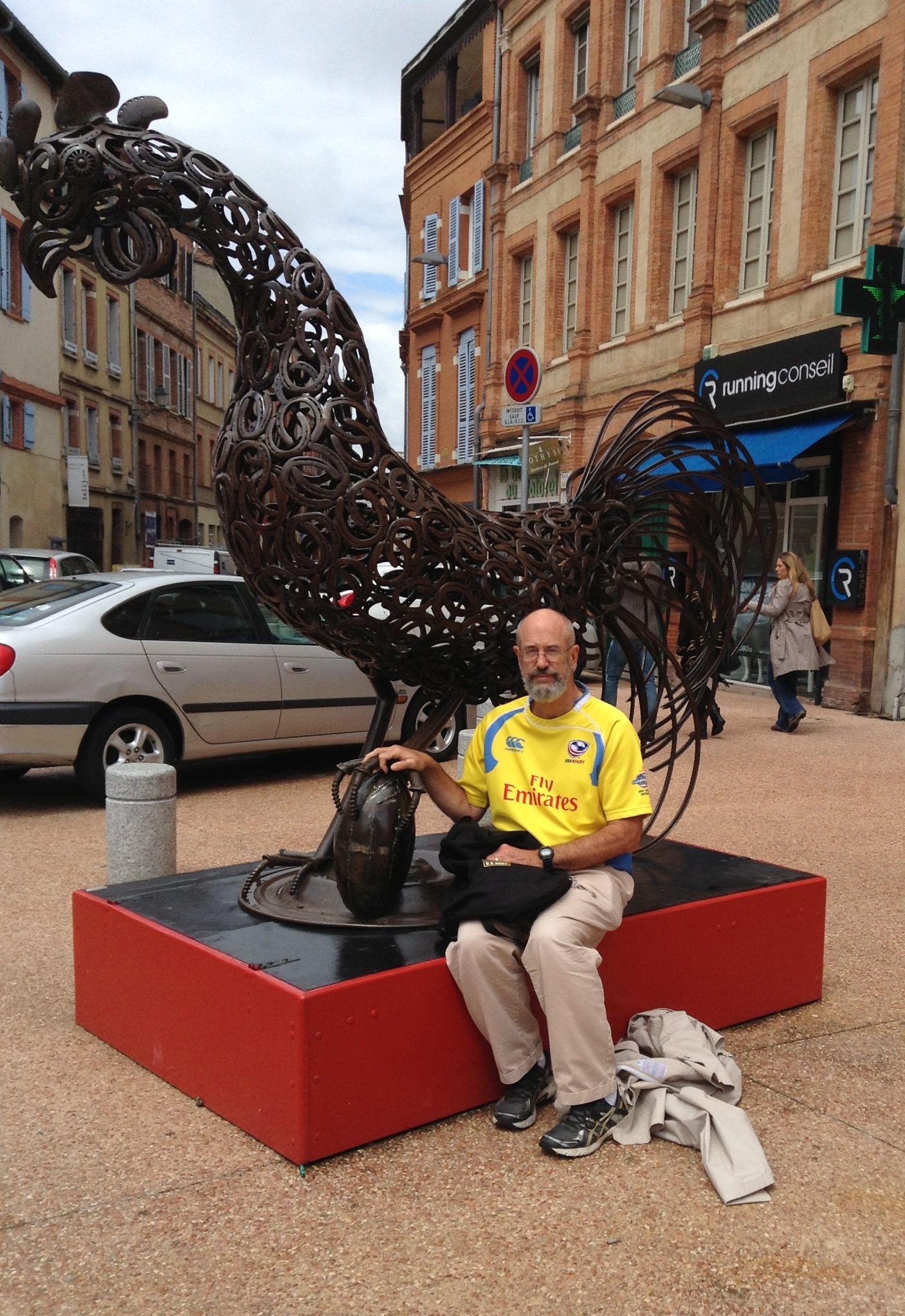